A Declaration Regarding Respect for the Bodies of the Deceased

As religious leaders and scholars, please join us in endorsing the declaration below.

Include your title and your religious, denominational, or organizational affiliation. For additional information: 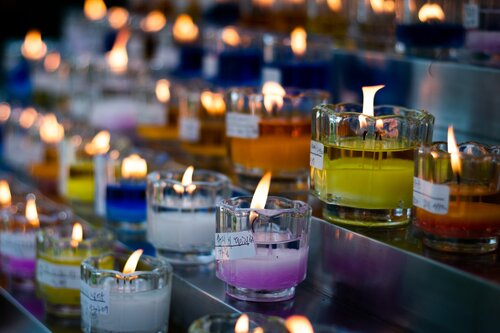 We, the undersigned faith leaders of the three primary monotheistic religions native to the Holy Land, declare in no uncertain terms that the bodies of fallen combatants, including enemies, should be treated with respect and afforded a proper burial. They must not be held as bargaining chips or used to collectively punish and torment their families. This is a moral and ethical requirement of all three religious traditions, applying to all parties involved, and is not simply a position based on political expediency. It is likewise required by secular international law and the provisions of Article 17 of the Geneva Convention. The practice of withholding the bodies of one’s enemies as bargaining chips, by Israel or Hamas, as well as the current Israeli policy of withholding the bodies of Palestinian combatants to punish families—in the name of both deterrence and collective punishment—is particularly abhorrent and unacceptable.

In Judaism, says Rabbi Lynn Gottlieb, refusing to return bodies to their families absolutely contradicts the core Jewish value of upholding human dignity in all circumstances. Furthermore, according to Jewish law, the burial of corpses requires same day burial (Deuteronomy 21:23) and was interpreted by sages like Nachmanides to include the bodies of enemy combatants. Ultimately, refusing to return the bodies of the deceased to family members for burial destroys the possibility of peacemaking between combatant societies, because disrespecting the dead is a deeply traumatic event that prevents reconciliation.

In Christianity, says Rev. Naim Ateek, we believe that God, our Creator, has endowed every human being with dignity and self-worth. God breathes life into all humans. We believe that God created us in His image and has given us the breath of life. Therefore, our faith inspires us to respect the dignity which God has given to all humans, whether living or dead. Any act that dehumanizes and degrades any person must be totally rejected and resisted.

Rev. Alex Awad elaborates further that we are taught to love our neighbor as we love ourselves and do to others what we wish others to do to us. This applies not only to the living but also to the captured corpses of our enemies. We need to handle the corpses of enemy fighters with respect because we are taught that each of us is created in the image of God. Even if a human is dead, he or she continues to reflect that image. Finally, a corpse cannot fight back or pose a threat. Hence, why retaliate or show contempt towards a lifeless body that can neither feel your retaliation nor cause you any further harm?

Islam, says Imam Zafer Bangash, accords great value to human dignity. God grants rights to all human beings—referred to in the Qur’ān as “God’s representatives on earth” (Al-Baqarah 30)—from before one is born, throughout their life, and even after death. Dead or alive, the human body—created by God in perfect shape—must be given dignity and respect. The importance of this is illustrated in the Qur’ān (Al-Ma'idah 31). There, it is narrated that when Cain was unsure of how to deal with the body of his brother Abel—whom he had murdered—God sent a message in the form of a raven. God used the raven to dig into the ground to bury another raven, thus indirectly showing Cain how to bury his brother’s body.

Chief Sunni Court Judge, Shiekh Muhammad Abu Zeid, elaborates further: In addition to prohibiting harm done to non-combatants (Al-Baqarah 190), promoting peaceful solutions to conflict (Al-Anfal 61), and demanding the proper treatment of prisoners (Muhammad 4), the Quran specifically prohibits the desecration of the bodies of enemies (Al-Nahal 126) or leaving the bodies of enemies in the open and unburied. This was precisely the example of the Prophet Mohammad himself after the battle of Bader (Bukhari 3976; Muslim 2875). Islamic teachings confirm the necessity of preventing unjustified wars and the necessity of preventing savage acts, which affect the souls of the living and the bodies of the dead alike.

In each religion, therefore, the dignity of the bodies of fallen combatants must be respected for deep ethical, scriptural, and theological reasons. The corpses of our enemies should not be allowed to become pawns in a political struggle, causing anguish to families and festering hatred between peoples.

We therefore call on all parties to respect these principles. And, we particularly call on Israel to discontinue this inhumane practice and return the dead bodies of its enemies to their families to receive a proper, dignified burial.