Let's make a world where no child is behind bars 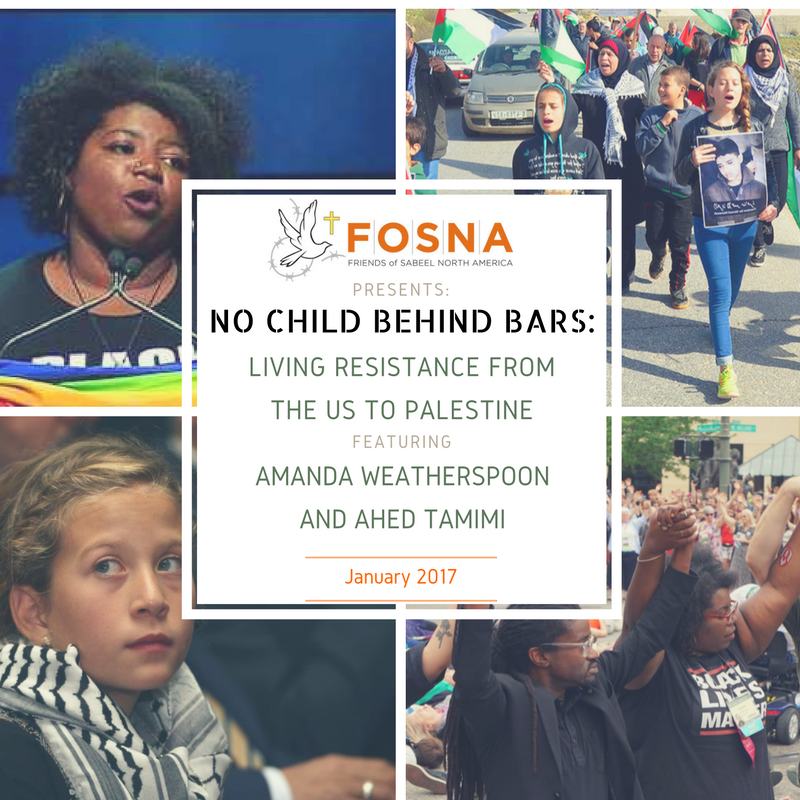 FOSNA has begun working with a coalition including Addameer and Defence for Children International (DCI) to spread awareness about Israeli abuse of children, including night raids, capture and imprisonment of children, and restrictions education, play, and childhood.

This campaign, No Child Behind Bars, saw two regional conferences in 2015. In 2017, we will have the honor of introducing Ahed Tamimi and Amanda Weatherspoon to congregations and communities around the United States during our Living Resistance Tour. Ahed Tamimi is a 15-year-old girl from Nabi Saleh, Palestine. She loves soccer and dance but, because of the Israeli occupation, she spends most of her Fridays participating in nonviolent resistance with her family, neighbors, and international allies.

Amanda Weatherspoon is a Unitarian Universalist minister in California. Her ministry is centered on collective liberation. Amanda is pursuing human rights work domestically and internationally, and is organizing toward black liberation.

Your donation will help bring these dynamic individuals to our communities and congregations!