Freedom to Worship, Freedom to Be: A Letter to President Joseph Biden 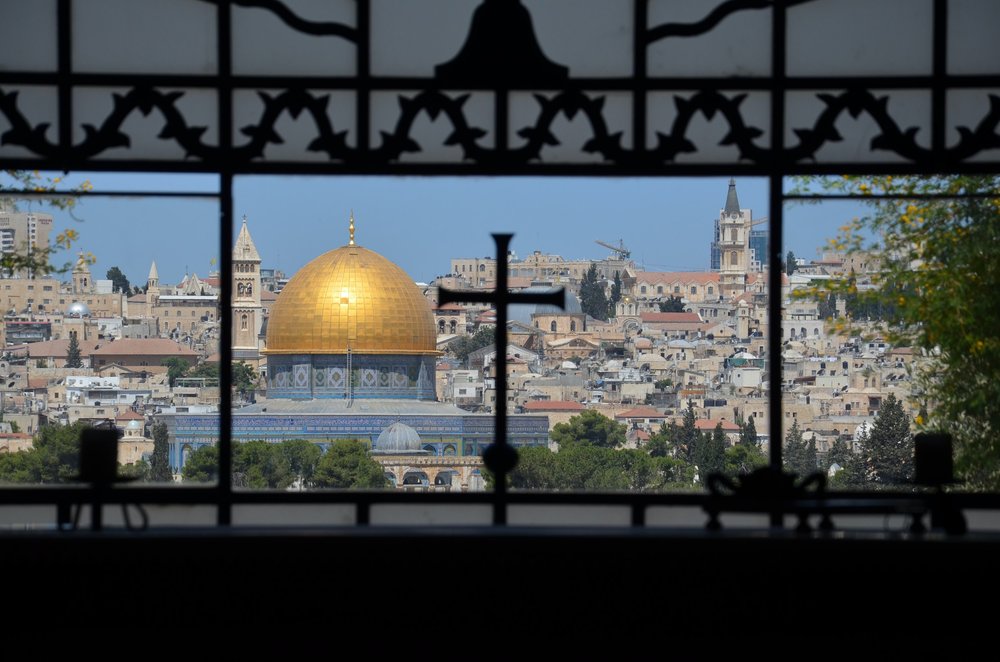 President Biden is on his way to the Holy Land. In response, FOSNA is seeking organizational endorsements for the letter below asking the US administration to address the concerns of local Palestinian Christians in Jerusalem. Please read the letter and complete the form below to endorse, by midday Friday. Time is of the essence.

In your forthcoming visit to the Holy Land, it is our hope that you take time to address the concerns of local Palestinian Christians in Jerusalem. We hope that you would meet with local church leaders as well as representatives of local Christian organizations to hear of their desire for a shared Jerusalem, open and accessible to all and not the exclusive domain of Jewish Israelis.

Christian clergy in Jerusalem have complained for years about an ongoing series of assaults, attacks, insults, and harassment by Jewish extremists in the Old City, as well as the defacement of their churches, property, and graveyards. They have also experienced what seems to be a determined campaign by Jewish Israeli groups to take over church properties in and around Jerusalem, relying on harassment, pressure, secret deals with corrupt officials, and forgeries. The response by the Israeli authorities used to be that such activities constituted individual acts by a fringe group of Jewish extremists who hated Christians, and who were as much of a headache to the authorities as they were to the Christian Churches.

With spurious excuses, Israel also restricts Muslims and Christians access to Jerusalem and its holy places. Having illegally annexed East Jerusalem, it treats Palestinians from nearby Bethlehem, Ramallah, and the rest of the West Bank and Gaza as foreigners who cannot come into the Holy City without permission from Israel. The apartheid nature of the state of Israel leaves all power in the hands of a government dedicated only to Jewish interests, rather than the interests of all the peoples of the land. In the city of Jerusalem, such a policy only leads to hatred, conflict, and bloodshed. Jerusalem is important to Jews, but it is also vitally important to Christians and Muslims.

This year witnessed an escalation of settler encroachment and attacks by Jewish extremists, as well as increased evidence of direct Israeli government involvement. This Easter, and for the first time ever, Israeli police announced that they would restrict the number of worshippers at the Church of the Resurrection (Holy Sepulcher) for the Ceremony of the Holy Fire to 1000 (the church holds about 11,000) and would limit the number of Christians coming into the Old City on Easter to a mere 500. At the same time, a group of settlers who were escorted by Israeli police forcibly broke into and occupied church property near the Jaffa Gate (claiming that they had purchased these rights, in a shady deal that is being contested in the courts.)

The Israeli extremists behind these attacks are no longer a fringe group in Israel, but are now openly represented in the Knesset and even within the ruling government coalition. These religious fanatics are now framing their plans as being integral to the Zionist goal of exclusive Jewish control over Jerusalem, which they claim must be a Jewish city under the sole control of Israel. Meanwhile, secular Zionists who have no interest in a religious war with Muslims or Christians are nonetheless happy to assert exclusive Jewish claims to Jerusalem as a national, political goal.

Christian Zionists, who were close to the previous administration, also use religious arguments (if spurious) to support their political positions, claiming that support for Zionist goals in Jerusalem is somehow part of God’s plan for the End Times. It is shameful that such groups not only support Jewish religious extremists but evidence a clear hostility towards both Muslims and local Palestinian Christians. They would be delighted to see a bloody, catastrophic religious war that in their thinking will bring about Armageddon and hasten the Second Coming.

The assassination of Shireen Abu Akleh, a Palestinian-American Christian journalist from Jerusalem, and the disgraceful behaviour of the Israeli police at her funeral highlight the need for an end to the Occupation, in accordance with international law. It likewise highlights the need that Palestinians living under Israeli rule have for international protection and the need to safeguard freedom of religion, free access to the holy places, and a peaceful sharing of the Holy City within the terms of the historic Status Quo arrangements, in existence prior to Israel’s assertion of total control over the city.

President Biden, we implore you to uphold your stated commitment to human rights and international law, supporting arrangements that uphold human dignity and freedom of religion for all the peoples of the land. We desire free access to the Holy Places for believers seeking to worship God “in spirit and in truth,” as opposed to those who would abuse God’s name by using it to assert exclusive political claims. The delicate balance enshrined in the historic Status Quo agreements should be meticulously observed, and exclusivist claims on behalf of any one of the three monotheistic religions must be resisted as a formula for disaster for all concerned. Jerusalem is too important to be the sole domain of any one group, and it must be shared by all.

We pray for the peace of Jerusalem and the safety and prosperity of all who hold it dear (Psalm 122:6).