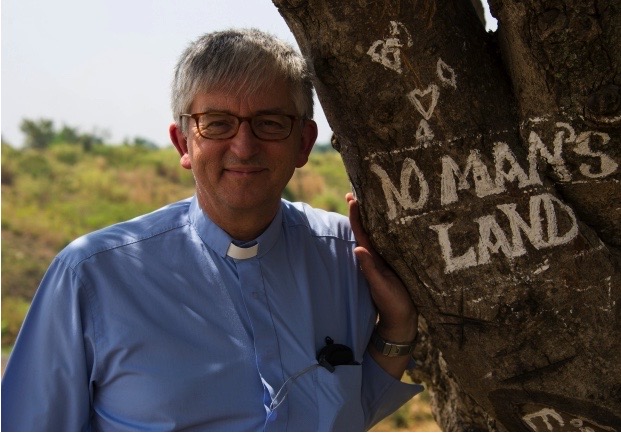 Our dear friend Rev. Dr. Stephen Sizer is facing spurious accusations, yet again, in response to his tireless advocacy for Palestinian human rights and brilliant scholarship on the historical and theological influence of Christian Zionism.

His very future as an Anglican vicar is at stake, as he is set to face a Church of England tribunal (held Monday 23 – Friday 27 May 2022) arising from a complaint made by the Board of Deputies of British Jews against Stephen in 2018. The Tribunal will be held at St. Andrew’s Church Centre Holborn, Central London.

In the words of Dr. Gary M. Burge: “Stephen, you have single handedly done more to change this conversation about Christian Zionism than anyone I know."

The truth is that while Stephen has been somewhat of a lightning rod for cynical accusations of anti-Semitism, this could be any of us. As such, we must not shrink from such accusations as they come, but stand together in solidarity for truth and justice.

Will you #StandWithStephen and send him a message of support, encouragement, or solidarity before his tribunal? If you are familiar with Rev. Dr. Sizer and his work, will you write him an endorsement?

(Note: If the software isn't allowing a public post at this time, click the "don't post this publicly button" and we will make sure Stephen gets your message.)